After an interesting, if controversial, opening to DWTNCS last week, 10 hopefuls are vying to earn their way into the UFC with a lucrative contract this Tuesday night.

Fighting out of AKA, Grant is a professional since 2011 and his only defeat came within the same year in his second fight. Since then, Grant has not looked back and had a solid showing at Bellator 165 beating Danasabe Mohammed by unanimous decision.

This was in 2016 and Grant has not fought since then but returns to the cage tonight when he looks to impress the UFC’s top brass and get a contract for the promotion.

His opponent, Tyler Hill enters the Octagon having also had his last fight in the Bellator cage. Unlike his counterpart however, he comes into this fight on the back of his only loss having fallen victim to a rear naked choke by Wade Johnson.

However, like Grant, he has also not fought since 2016.

Ring rust could play a big factor and in that environment when you can hear a pin drop in the Las Vegas Training Centre, it could come down to which fighter can downplay the pressure of that type of environment. 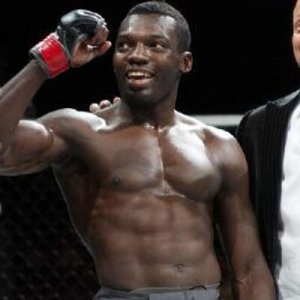 KO’s or All Round Skill?

Last week, Chris Curtis scored an impressive inverted heel hook KO of his opponent and didn’t even get a mention after the fights came to a finish.

This came in the final round of the fight and it begs the question as to what Dana White is actually hoping to be impressed by. Is it a “who has the quickest KO?” competition or does a completely skilled fighter not even matter anymore?

Obviously, all fighters who step into the cage at the highest level want to go out and make a statement by finishing their opponent but when it doesn’t happen, it shouldn’t be a knock on the fighter’s performance.

Don’t get me wrong, everybody enjoys a flashy fight ending KO but you can be impressive in a dominating fight and completely nullifying your opponent and those type of performances shouldn’t be overlooked or dismissed right off the bat.

Hopefully as the season progresses, fighters are given a fair assessment because ultimately a well skilled fighter who is dragged into later rounds is likely to be battle ready for the UFC and is more likely to have a longer career in the UFC rather than someone who is known for a quick KO.

When the latter type of fighter gets discovered on shows like these, gets dragged into deeper waters in their early fights, they get exposed badly and fans just lose interest.

It really does come down to style vs substance especially when you weigh up first impressions vs longevity of the career in the UFC.

The full card can be seen below and gets underway on UFC Fight Pass from 1am BST.