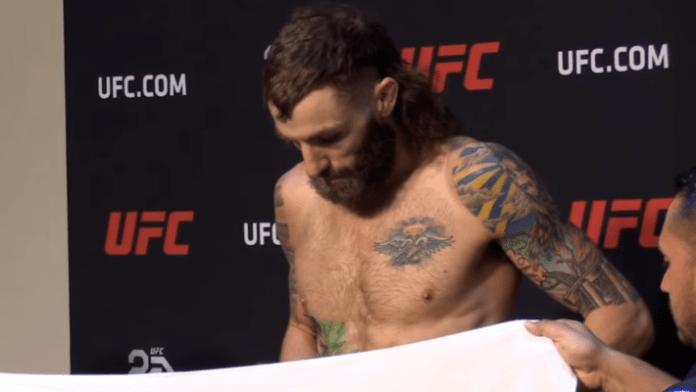 Chiesa, who missed weight against Anthony Pettis this past Saturday night was speaking on Monday.

Speaking on Monday evening on Ariel Helwani’s MMA Show, Michael Chiesa discussed the issues regarding his failed weight cut ahead of UFC 226.

I thought I was going to die. My body just gave out and I couldn’t sweat any more.

Chiesa lost his bout against Anthony Pettis and confirmed on Friday that he would no longer be competing at lightweight.

I have to move up. My adequate weight would be somewhere at 165lbs. I hope they make a new division soon. You’ll see better fights for it.

Chiesa also spoke about his legal action against Conor McGregor following the bus incident in New York City a few months ago.

I’m absolutely going through legal action against Conor McGregor. The wheels are in motion.

McGregor is due in court later this month.