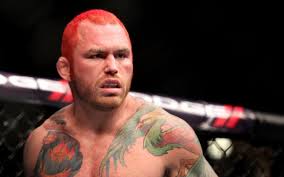 MMA retirements don’t hold much weight anymore especially if the lure of a promoter with big money comes knocking.

If the price is right, let’s make a fight – It’d make for a snappy slogan if mixed martial arts was a gameshow but it’s not.

This is a sport where people punch, kick, grapple and try to win a shiny belt to earn enough money to make a living post-fighting.

It’s a sport that has given us some of the most iconic moments in combat sports history and has borne out some of the most talented individuals on this planet who have left behind an incredible legacy.

It’s also a sport that houses combatants who just don’t know when they’re beaten. It’s admirable in a way that these fighters embrace what fighting is all about. The grind, the perseverance, the will to win and the win to compete.

Spin that around on its axis and it’s actually pretty depressing to watch guys and girls who, at their peak were virtually untouchable, only to watch these battle tested heroes of ours crumple like a piece of paper at the first sign of contact.

Chuck Liddell who hasn’t fought in over 10 years is planning a comeback fight against Tito Ortiz under Oscar Da Lay Hoya’s Golden Boy Promotions later on this year.

Liddell was badly beaten all over the Octagon in his last few fights. Ortiz had a semi-decent run in Bellator and really should have called it quits years earlier.

At what point does somebody say to these promoters, “ENOUGH!!”. These are big name fighters who won it all and fought the best. But these are people. People who have not had a competitive fight for a long time which rings truer in the case of Liddell.

I’m always reminded of the unfortunate circumstances that befell Joao Carvalho who tragically lost his life after a fight against Charlie Ward on these shores.

This brought about a huge change in the way we take fighter health very seriously, pre, during and post fight.

At what point do these promoters decide to say, “fuck the cash. This is actually a troubling situation we have on our hands here?”

These promoters don’t give a shit as long as they can make money and put on these freak show fights. And for what? So old hardcore fans can relive those glory days one more time? It’s pathetic. It’s like wanting to see The Rock vs Stone Cold Steve Austin one more time to have some sort of odd closure.

Here’s a thought, go back and watch these fights on Fight Pass because they’ll be a damn sight better than what you’ll see later this year.

Chuck Liddell’s upcoming fight with Ortiz is not actually the crux of my issue. My real gripe lies with this relatively new promotion World Bare Knuckle Boxing Federation who have decided to approach Chris Leben with an offer to fight Phil Baroni in an upcoming fight.

If you’ve ever read Chris Leben’s book – which is an excellent read in my opinion – then you know how wild and dysfunctional his entire life has been. You’ll also know that he has a serious heart condition in that his left ventricle is too big and is not pumping enough blood.

Obviously extensive tests and medical examinations have thankfully assisted Leben over the years but if this isn’t a red flag to a promoter or match maker booking these fights then what is?

You’re taking a guy like Leben, who hasn’t fought in five years, who has a heart condition and sticking him in a ring to fight bare knuckled against a monster like Phil Baroni.

The promotion have ensured fans and media that “safety will be guaranteed”.

Do you know what might be “safe” and would also be “guaranteed?”…. Not allowing this proposed to go ahead.

I am not a religious man whatsoever but I certainly hope and pray that a sensible physician scraps these fights and puts them on the rubbish pile where they belong because this is getting out of hand.

I love fights but I also remember that these are human beings in top physical condition. When you’re being advertised fights for old veterans with health issues, that’s when it becomes problematic.

Promoters need to decide for themselves. Are they in the business of money or human decency.