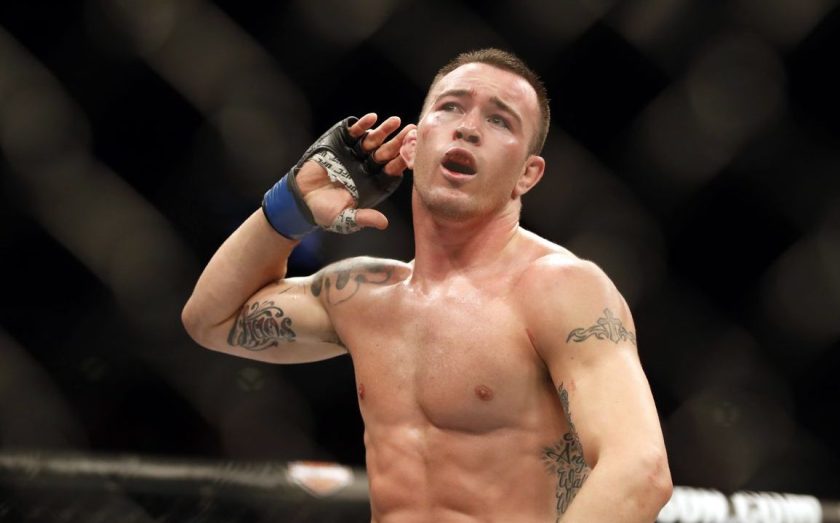 Colby Covington has been critical of UFC President Dana White having been passed over for a chance to fight Tyron Woodley for the title at UFC 235.

Colby Covington has been no stranger to speaking his mind as of late and this time, his focus is squarely on Dana White.

UFC 235 had been without a main event but over the weekend it was announced that Jon Jones and Anthony Smith would fight for the light heavyweight belt. In addition, Tyron Woodley would defend his welterweight strap against Kamaru Usman thus leaving Covington out in the cold.

The interim champion was speaking with MMAJunkie.com about his frustration.

“I was offered a short notice fight against Woodley in Septembrer”, began Covington. “I had to undergo surgery and couldn’t fight”

UFC President Dana White has gone on record in the past claiming that Covington had been turning down fights which the fighter has dismissed.

“Dana (White), he’s out there in the media telling everybody that ‘Colby’s turning down fights and that we don’t do that in the UFC. He can fight somewhere else”.

A frustrated Covington laid down a challenge to the UFC boss.

“We’ll see if Dana’s a man of his word. If that’s the case, release me bitch”.

Covington is very much a polarising figure within the MMA fanbase with his skin crawling comments and political stance. Despite a trip to the White House to visit US President Donald Trump with Dana White, Covington insists that there really isn’t a good relationship between the pair.

Dana White is yet to issue a response to Covington but the UFC boss is not shy in firing back at criticism aimed towards him.

Don’t expect this feud to be over anytime soon.