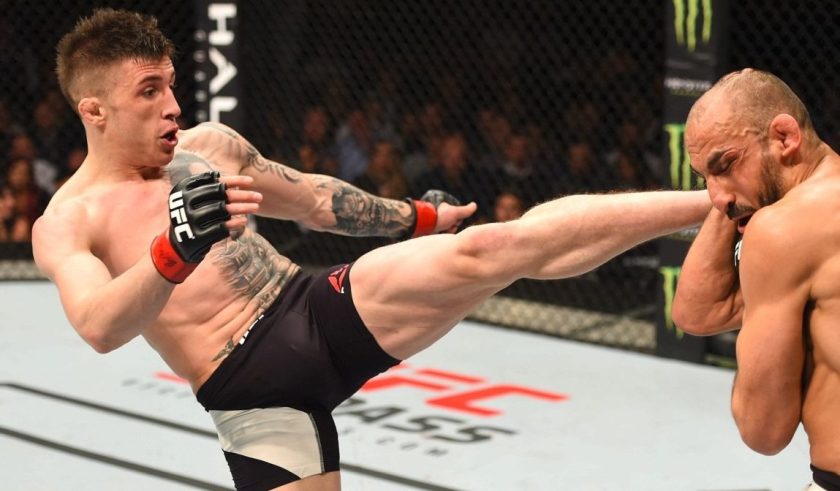 Parke took to Twitter last night to announce his discontent with the sport of MMA and has announced his retirement.

“Stormin'” Norman Parke (25-6-1-1NC) last fought in June against Myles Price at BRAVE CF 13 in Belfast but despite being signed to Bellator, the Bushmills native has yet to make an appearance for the promotion.

Despite clamouring for a fight on the upcoming Bellator shows in Newcastle and Dublin, nothing seemed to be forthcoming for Parke and things appeared to come to a head overnight when Parke took to social media to vent his frustration and indeed his retirement.

Hi folks im going to retire from mma, I am sick of how this game works, not going to say anymore about it, I still plan to fight on bkb this year an thats about it. If promotion offers me a good offer for 1 fight I might take. Hope you will watch me do bkb anyways

This may very well be a ‘come and get me’ plea from Parke but he hasn’t completely given up the ghost of combat sports and plans to fight on BKB, a bare knuckle boxing promotion later on in the year.

MMA retirements are usually short lived but we shall wait and see what transpires with this announcement.