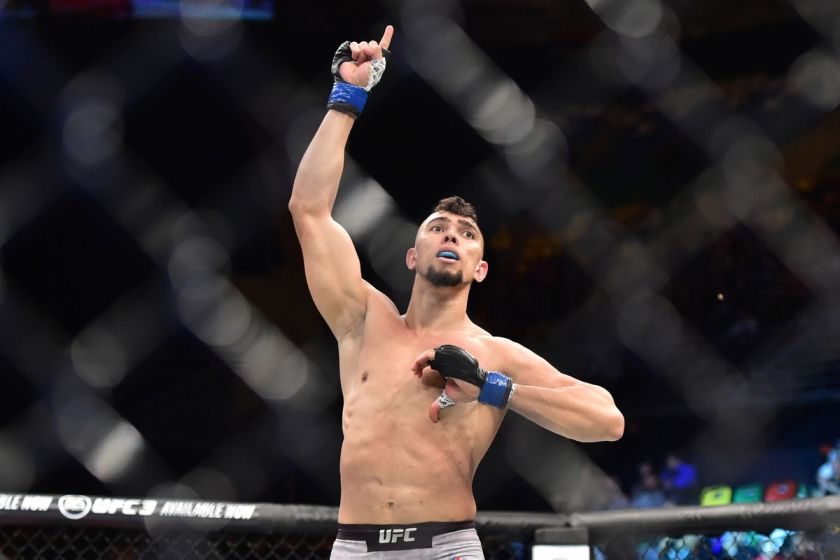 Justin Ledet barely landed a punch as Walker pushed forward right away unleashing a huge hook kick into a spinning back fist that floored Ledet.

However, in the process Walker got a bit over zealous and almost landed an illegal knee to his downed opponent which would have resulted in a disqualification.

Lucky for Walker, the kick didn’t land but legal ground and pound shots did and the referee called a halt to the fight with just 15 seconds on the clock.